We took a our first extended road trip north of Auckland to go up to Northland and the Bay of Islands and experience Waitangi on Waitangi Day. This is the annual holiday on February 6th that commemorates the signing of the Treaty of Waitangi / Te Tiriti o Waitangi, which is considered the founding document of Aotearoa New Zealand. This year was the 180th anniversary, so it was extra special. There were people who had traveled from around the world to be there, as well as a new museum that was opened the day before when the politicians usually come up. (The Prime Minister Jacinda Ardern was granted the very special experience of going out on a waka that day, too.) Each year, there is an all-day Waitangi Festival on the Treaty Grounds and the buildings are closed, so this meant we waited to visit them until the following day.

I didn't know what to expect - the website was vague on what things would be happening. When we arrived, there were all of these waka (canoes) out on the water, with people paddling and chanting. That was really cool and unique to get to see. The biggest one was the waka taua (war canoe), which takes at least 175 men to operate and has its own special house on the Treaty Grounds. There were some waka with all-female crews, too, and quite a few youth out there. I thought it must make them so proud to be able to participate in an event like this that is positive and celebratory of their culture. All too often that is not the case in New Zealand. Eventually, all of the waka made their way over to the shore and there were more ceremonial activities - all in te reo Māori. 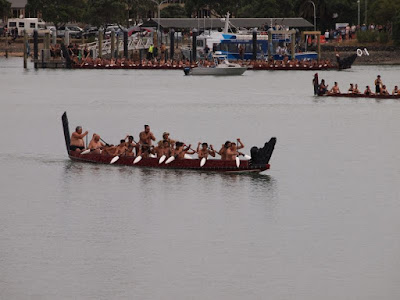 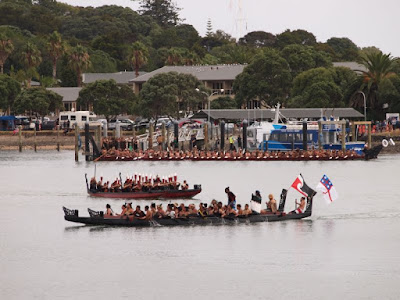 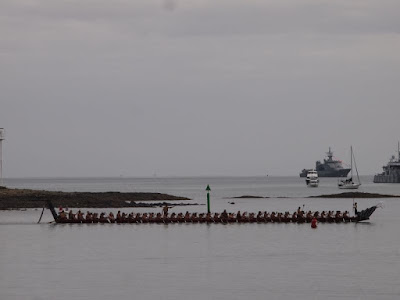 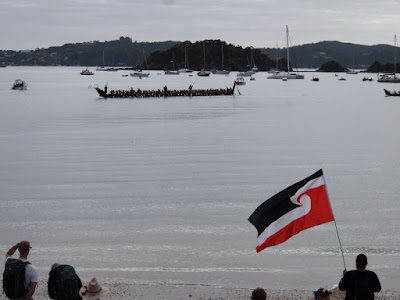 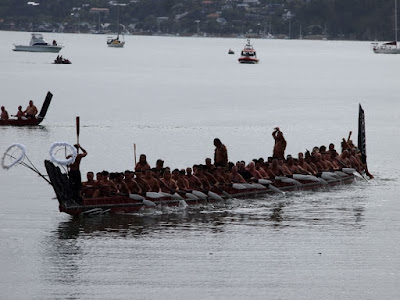 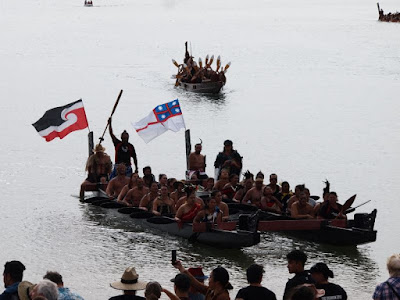 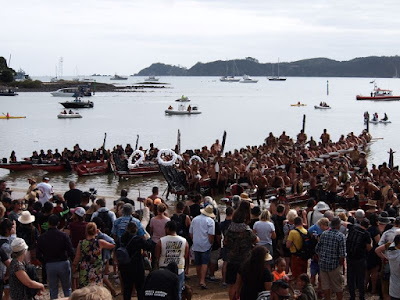 We headed over to the main Treaty Grounds where there were lots of stalls with food, drinks, art, jewelry, and other stuff to buy. We saw some cultural performances - dancing and singing - and tried to keep out of the sun since it was quite hot out. My main critique was there weren't enough bathrooms and the ones that were there were placed quite far away and were hard to find. I also thought it was a missed opportunity to have something about the Treaty and the history for people to check out (since the museum was closed for the day). I know it's contentious, but at least some posters or a pop-up thing with general information would have been nice, since there were so many people with time to learn something. 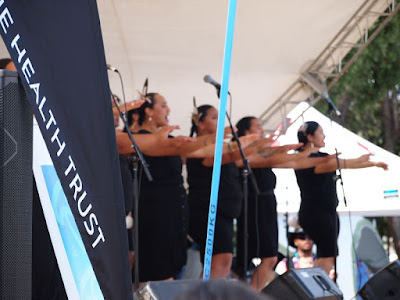 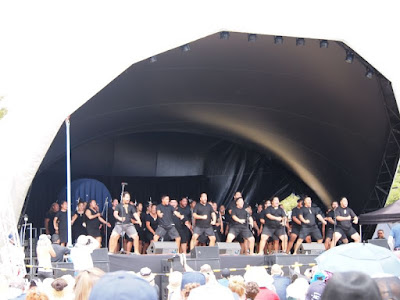 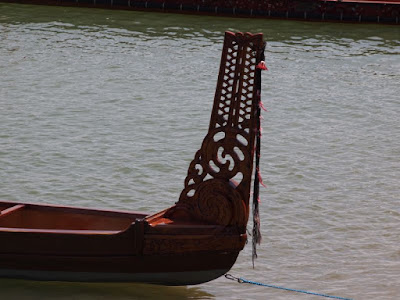 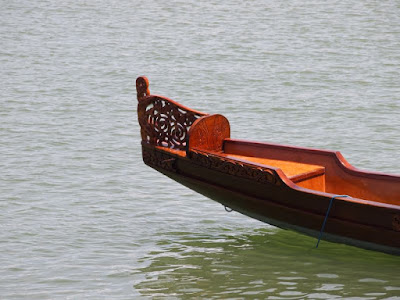 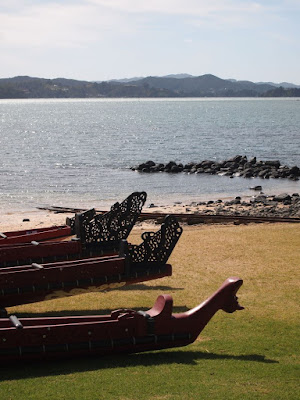 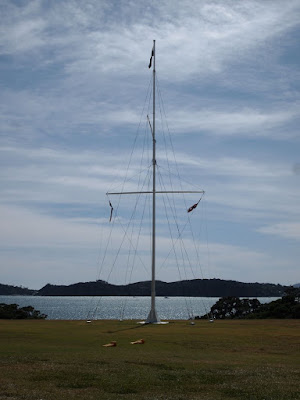 The next day, we had the guided tour of the Treaty Grounds and a short cultural performance, and then were able to go through the two museums and the marae. I wasn't sure how much I would learn since I already know a bit about the history, but I was pleasantly surprised at learning some new things, especially about some of the key figures involved. I have to say, going through the museum can make you mad at the British colonial enterprise and what they did to indigenous populations pretty much wherever they went. 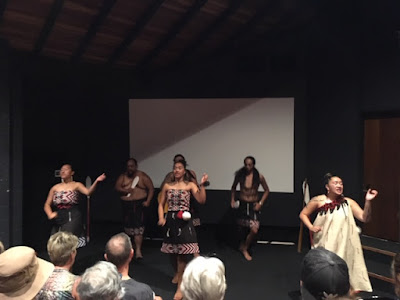 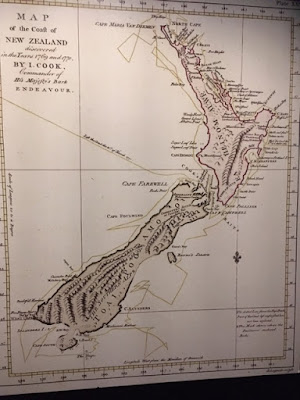 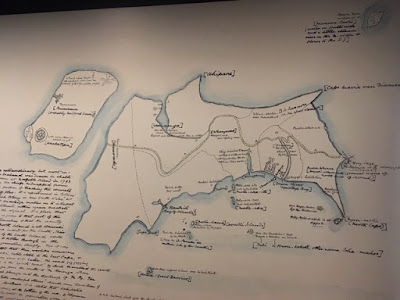 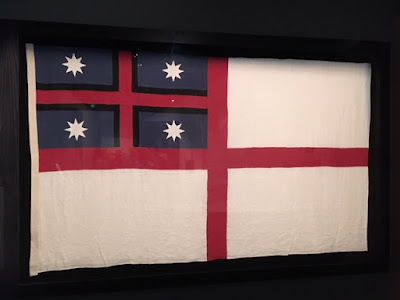 After lunch, we headed to the town of Kerikeri a little north. We stopped into a couple tourist shops (delicious chocolate sample at the chocolate factory) and popped by Rainbow Falls. Quite a few people were swimming in the area. 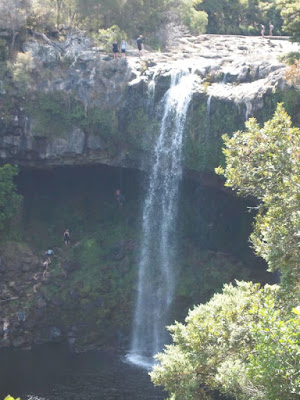 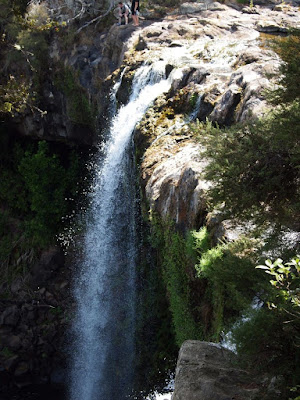 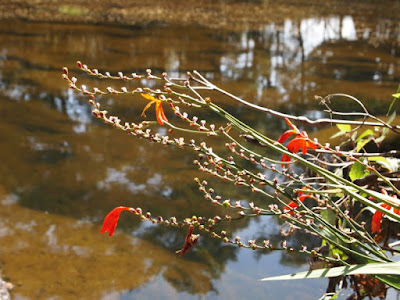 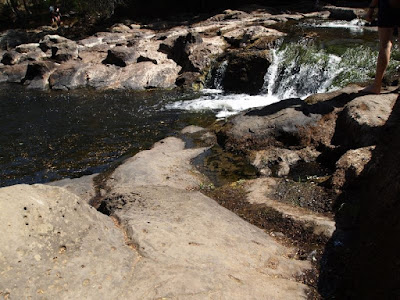 The next day we took the car ferry over to Russell. It was an easy thing to drive onto the ferry and only took a few minutes; they are very efficient at doing this throughout the day. 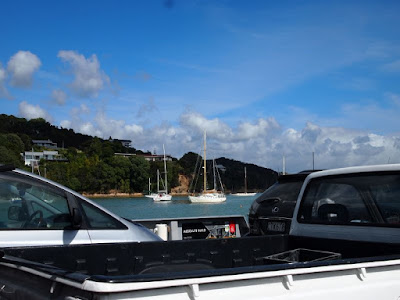 Russell used to be a lawless town full of scoundrels (think Tortuga from Pirates of the Caribbean or Mos Eisley from Star Wars) and was known as the "Hell Hole of the Pacific". This was one of the reasons why local Māori wanted the British Empire to exert some control over their people and other traders in the area. Well, that backfired... Also, its original name was Kororareka, which means sweet blue penguin, which is a lot nicer than Russell. Anyway, it later turned into a holiday spot and tourist area, so it's quite a shift since the mid-1800s. It's directly across an inlet of water from Waitangi, so you can see the flagpole on the Treaty Grounds from the shore.

We went to the Russell Museum, a small locally-run museum whose main display is a replica of Captain James Cook's ship Endeavor. It could use a refresh and some of the info was repetition from what we'd seen the previous day, but we like to support local museums. We walked by New Zealand's oldest church, Christ Church, and the Pompallier Mission, then it was time to head back to Auckland. 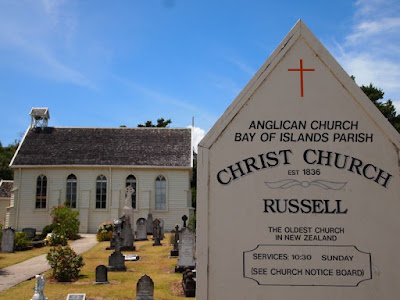